The Honda Clarity series, including the 2018 Clarity Plug-in Hybrid was recently also recognized as the 2018 Green Car of the Year® by Green Car Journal at the Los Angeles Auto Show.

Green Car Journal awarded the Clarity series its top honour for its appealing design with a sophisticated, highly-equipped, spacious interior. Specifically, the Clarity Plug-in Hybrid received praise for having the highest all-electric range rating among all plug-in hybrid sedans with its EPA range rating of 47 miles on a full charge.

“The Green Car of the Year award is further validation of Honda’s approach to electrification with the Clarity family of vehicles,” said Steven Center, vice president of connected and environmental business at American Honda.

The newest member of Honda’s completely redesigned lineup has begun arriving at local dealerships across Canada with an MSRP of $39,900 for the standard trim level and $43,900 on the fully loaded Touring trim.

Here are three things you need to know about the new Clarity Plug-In Hybrid: 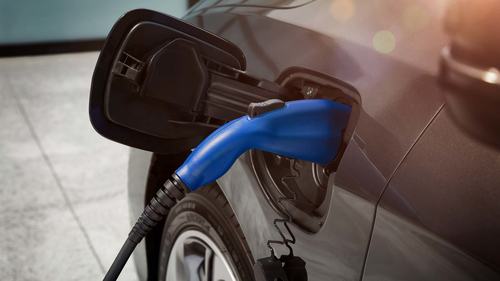 With a combined fuel economy of 2.1Le/100km and an all-electric range of up to 76km, the Clarity is the no-compromise alternative fuel vehicle. Drivers can spend most of their daily commute driving on electric-only power with the peace of mind knowing that a gasoline engine is there to back them up for those weekend getaways.

The electromotive power comes from a 181-horsepower electric motor producing 232 lb.-ft. of torque and drawing power from both the gasoline engine and a 17-kilowatt hour (kWh) battery pack with a recharge time of just 2.5 hours at 240 volts. The Clarity Plug-in has a total system output of 212 horsepower.

Comfort and Technology
This premium-feeling five seater sedan is all about comfort in the cabin and on the road. With soft touch materials, plush leather seats and a premium yet futuristic interior, the cabin is built to make driver’s want to get behind the wheel. The Clarity Plug-In Hybrid comes with Honda’s intelligent interior design which creates the most spacious interior in its class.